Ho Chi Minh City, formerly known as Saigon, is a city full of contrasts. You’ll find skyscrappers, high end hotels, restaurants and shops side by side with improvised street food stalls, deeply enrooted traditions, markets where bargaining is king and accommodation for the tightest budget. It is, just like Hanoi, one of the main entry points for thousands of visitors that chose Vietnam for their holiday destination every year.

How to get to Ho Chi Minh City

Ho Chi Minh City’s international airport is one of Vietnam’s main entry points. If you’re in Hanoi or Danang, for example, you can get on a domestic flight to Ho Chi Minh at really interesting prices. As an alternative, and in case you’re in an area with no airport nearby, you can always take the bus or train. There are several of them going on a daily basis to Ho Chi Minh City from anywhere in the country.

Go to 12go.asia to find out about transport schedules and prices that suit you the most. You can book your tickets in advance through this website (it’s trustworthy, I’ve used it a few times before while travelling through Southeast Asia).

Where to stay in Ho Chi Minh City

You won’t really have any problems finding accommodation in Ho Chi Minh. Regardless of your budget, you’ll definitely be able to find a place that suits you. From hostels and guesthouses to low, average and high end hotels. It all depends on how much you’re willing to spend for a good night’s sleep. When I was there, I ended up staying in an Airbnb apartment because I was staying for a while and needed a quiet place to work. From the 24 districts in Ho Chi Minh, District 1 is the most central and therefore perfect for short term stays in the city.

Considering the city’s high development level, there’s no shortage of transports to take you anywhere in the city. At the airport, you can get on a bus for 20.000 VND that takes you to the city centre, District 1, near Ben Tanh Market. The bus stop is located right outside the airport, it’s very easy to locate. You’ll find a stand next to the bus stop where you’ll be able to acquire your ticket.

As an alternative, you can always get a taxi. The 2 main taxi companies are Vinasun (the white taxis) and Mai Linh (the green taxis). Try to always use one of these 2 companies to avoid tourism scams. Their drivers are trained professionals,  the taxis always have AC and the meters are always working. Remember to take with you your destination and hotel address in vietnamese as well. If, by any chance, you get on a taxi from any other company, make sure they turn on the taximeter. This way, you’ll avoid unpleasant surprises in the end of the ride. The initial fare is between 12.000 and 15.000 VND, and the price per km is about the same.

Another way to get around in Ho Chi Minh City is by moto-taxi (usually known as Xe-Om). In this city’s chaotic traffic, the best way to get on time to your destination is definitely by motorbike. You can find them at street corners. Usually they approach potential passengers. The usual fee for short distances within the city (for example, from Pham Ngu Lao to Dong Khoi) is around 30.000 VND. Remember that you’re supposed to bargain the price before the ride.

What to see and do in Ho Chi Minh City

Located in the city center, in District 1, Ben Than Market is any shopaholic’s paradise. Here you’ll find everything you’ll ever need: shoes, clothes, bags, accessories, souvenirs… You saw a great dress or pants but unfortunately they don’t fit? No problem, in about 5 minutes they take your measures and do the necessary adjustments. Bargaining is an essential rule here, so make sure to work on those skills before you go there.

Located 70kms northwest from Ho chi Minh City, the Cu Chi Tunnels once occupied a total extension of 250kms during the 60’s and stretched all the way to the Cambodian border. The tunnels were used by vietnamese soldiers to move in secret, escaping their enemies. Nowadays, they’re one of the biggest tourist attractions in Ho Chi Minh City (though not very appropriate for anyone with a severe case of claustrophobia…) 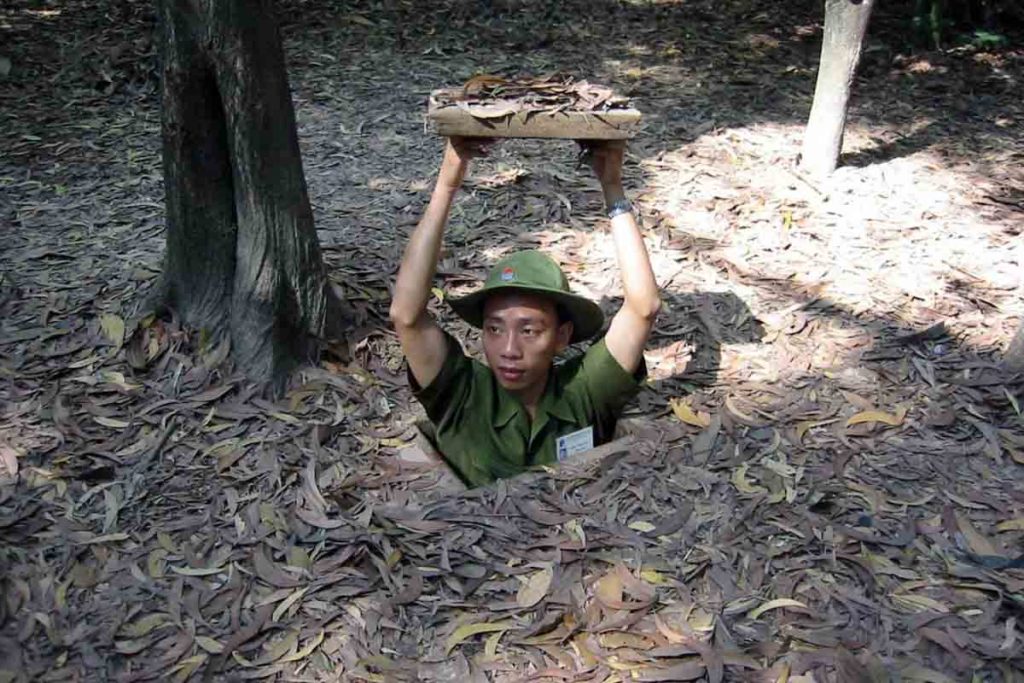 Pham Ngu Lao is to Ho Chi Minh City as Khao San Road is to Bangkok. This is old Saigon’s backpacker mecca. Even if you don’t end up staying in the area, make sure to pop by at night to have a couple of beers while watching the daily crowd that roams the streets. It’s packed with hostels, souvenir shops, tour and travel agencies and restaurants and bars in every shape possible. 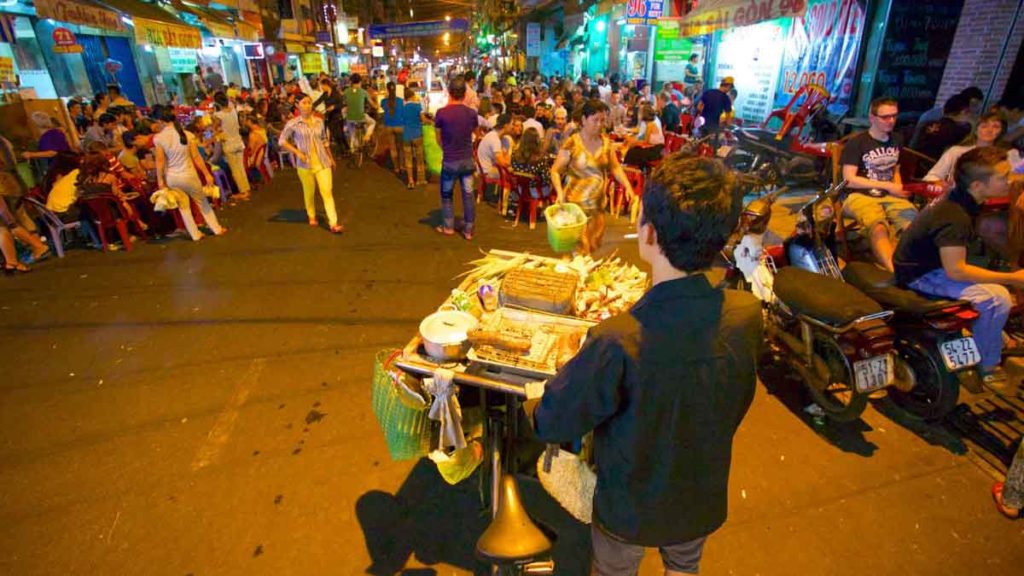 Located at Chinatown district, the Binh Tay Market was built by the French around 1880. Unlike Ben Tanh Market, almost exclusively oriented for tourists, here you’ll find a more authentic feel in a space attended by locals as part of their daily routine. They sell fruit, meat, fish and seafood from several areas in Vietnam, besides other local items. It’s a good place to try local delicacies. 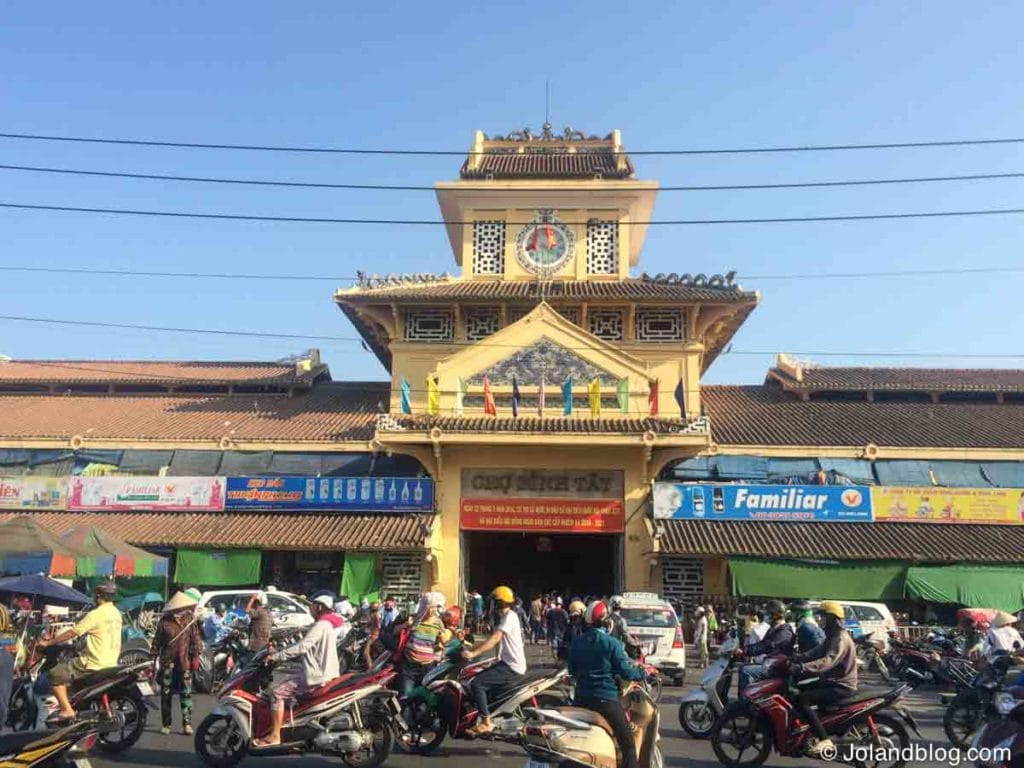 Vietnam’s History is, unfortunately, scarred by several wars, the biggest and most infamous being the War with the USA. This museum shows anyone who visits it the remnants of a war that decimated thousands of people and destroyed an entire country. There you’ll find helicopters, tanks and North American airplanes, as well as many documents and pictures that testify for this unfortunate event in World History.

The Cao Dai Temple is the place of worship for the Cao Dai religion. This religion is a mix of several others such as Buddhism, Islamism, Taoism and Confucianism, and promotes world wide religious tolerance. The temple was built in 1955 and it’s located near the Cambodian borders, about 100kms from Ho Chi Minh City. The high point of the visit is the moment of the religious ceremony, where believers sit in rows, dressed with their white, yellow, blue or red robes. The ceremony takes place twice a day: at 6am and at 6pm.

The Mariamman Hindu Temple is located in the center of Ho Chi Minh City, next to Ben Tanh Market. It serves a community of about 100 chinese and vietnamese hindus, and it’s the only hindu temple left in the city. It was built in the 19th century in honor of the Goddess Mariamman. The tower filled with colorful sacred images is its trademark. The temple is said to have miraculous powers, bringing luck and good fortune to anyone who prays inside of it.

In 1975, a North Vietnamese tank ran over the Palace’s gates, in an act that simbolised North Vietnam’s victory over North American troops. Originally built as the official residency of Indochina’s French Governor, it also served as the operations base for the South Vietnamese General Ngo Dinh Diem (up until his assassination in 1963) and the allied North American troops. It has remained largely unaltered throughout the years (since 1975), and it’s visited by thousands of tourists annually.

Located in District 1, the Central Post Office is a perfect example of colonial French architecture. It was designed by Gustave Eiffel, responsible for the Eiffel Tower in Paris, and the Statue of Liberty in New York, and was built between 1886 and 1891. It has remained unaltered throughout the years in terms of architecture and function.

Notre Dame Cathedral is located right next to the Central Post Office. It was built during the French Colonial times in the late 1880’s and it’s one of the few Catholic churches in Vietnam. The name comes from the Notre Dame statue built in front of the Cathedral. 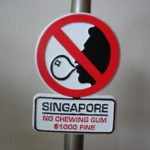 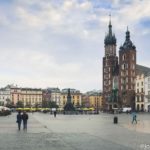