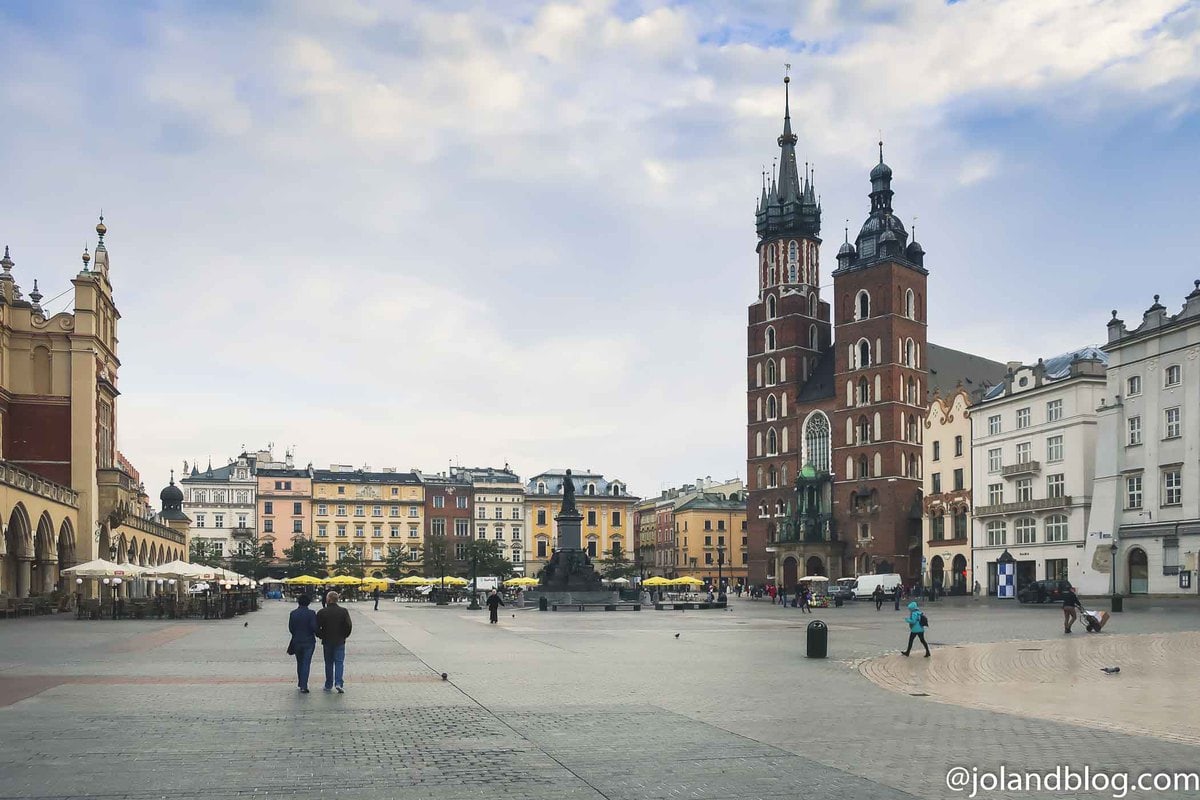 14 NovWhat to do in Krakow. Nine must-see places.

Krakow was my second destination during the 1 week trip I made to Poland in October. Poland’s second largest city is a real fairy tale land. Here everything seems to have been thought out in detail to offer those who visit it a magical environment, made of impeccably preserved ancient buildings, and the feeling of almost being able to see people of yesteryear strolling in its streets. But you are wrong if you think that Krakow is just about History: its numerous restaurants and bars offer you many opportunities to have loads of fun.

See below a list of nine muist-see places in Krakow to start planning your next getaway there!

Rynek, the great market square of Krakow, is one of the great gravitational centers of the city. Built in 1257, the square stretches out for 200 meters and is considered one of the largest medieval squares in Europe. It is surrounded by several ancient buildings and is a regular stage for important occasions such as parades and historical events.

Located right on the Market Square (Rynek), Sukiennice is considered the oldest “shopping center” in Europe. This imposing old fabric market, built in the 14th century, has been through several ups and downs over the centuries. Nowadays it is essentially sought after by tourists who visit it in search of souvenirs to take home with them.

This imposing building, also located on the Market Square, is one of the most beautiful buildings in the city. From hour to hour, from the top of its highest tower, you can hear the sound of a trumpet being played toward each of the cardinal points. It is possible to visit its interior through the side door on the southeast side of the basilica.

The most imposing and fascinating building in Krakow had to be the first on the list because of the obligatory nature of its visit. Once inhabited by Polish royalty, it is now a museum divided into 5 different sections, for which it is necessary to purchase a separate ticket: the State Rooms, the Private Royal Apartments, the Treasury and Armory, the Lost Wawel and Oriental Art.

This Gothic-style Cathedral, located next to the Wawel Royal Castle, was the scene of numerous historical events of Polish nobility and royalty, including coronations, funerals, weddings and baptisms. When you visit the Cathedral do not forget to climb to the top of the tower where you find a huge bell that, legend says, grants wishes to whomever touches it with the left hand.

There are not many people out there who have not yet seen the incredible movie Schindler’s List at least once in their lives. During World War II, Oskar Schindler managed to save the lives of thousands of Jews through his factory. It is in Krakow that this factory is located, today a museum that offers a very interesting and educational view on life in Krakow during the Nazi occupation.

The Wieliczka Salt Mines, a UNESCO World Heritage Site located a few kms away from Krakow, are nowadays one of the most visited places in Poland. Built more than 700 years ago, the mines offer an impressive insight into the former work of underground salt collection in an absolutely fascinating environment. Inside you’ll find the most beautifully decorated underground cathedral in the world.

The district of Kazimierz was, for centuries, the center of Jewish life in Krakow. After a long period of neglect, it was recovered during the 90’s, turning into one of the city’s most interesting cultural and nightlife districts, full of restaurants, bars, art galleries, synagogues and cafes. In the Summer, it hosts the Jewish Culture Festival attracting visitors from all over the world.

Located in the area where the Jewish Ghetto of Krakow was once located, this square was the place where Jews concentrated and left their goods and furniture behind before being deported to the concentration camps. Nowadays there is a monument made of several isolated chairs, that represent the memory of thousands of people who left  for their almost certain death during one of the darkest periods of world History. It was also here that the only non-Jewish commercial establishment operating during the Nazi occupation in the Ghetto , the Apteka Pod Orlem pharmacy, was located.