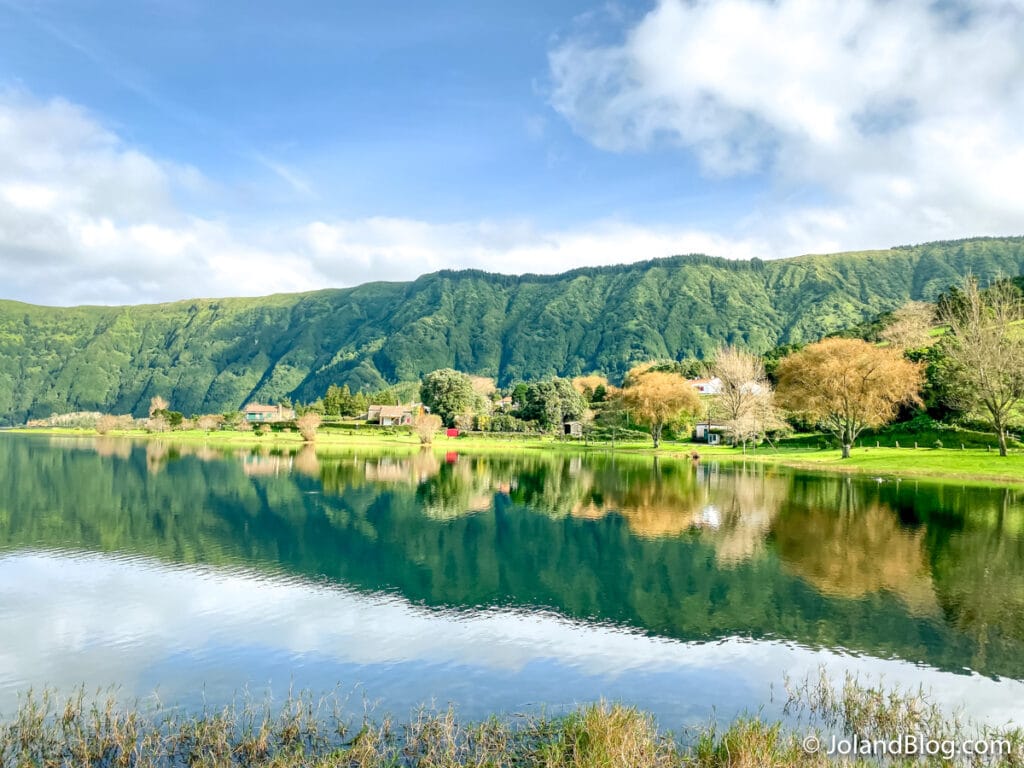 What to do in São Miguel Island, Azores

What to do in São Miguel Island, Azores

The Azores are definitely on the top places of my favourite destinations’ list ever. By now I’ve visited all of the 9 islands that make up this archipelago, but there’s one particular island that I keep going back to over and over again: São Miguel Island. Filled with lush green hills, countless natural wonders and an endless view over the Atlantic ocean, it’s definitely a must-go-to destination in the Azores. If you’re wondering what to in São Miguel Island, then you’ve come to the right place. All you need is a rental car and to be ready to be in awe, repeatedly.

15 Ultimate Things to do Do in São Miguel Island

The city of Ponta Delgada, São Miguel’s capital, is also one of the main gateways to this wonderful island. Ponta Delgada is a city with an impressive cultural and historical heritage, that has been adapting to the growing tourist demand in the region. Not to be missed: the Igreja Matriz, the old Jesuit College, Portas da Cidade, the building of the Sede da Alfândega (Customs Headquarters) and the Santa Clara Market.

São Miguel’s volcanic lagoons are some of the main attractions of the island. The Lagoa das Sete Cidades (Seven Cities Lagoon), with its dual-toned waters (green on one side, blue on the other), the Lagoa das Furnas (Furnas Lagoon) along with the magnificent Chapel of Nossa Senhora das Vitórias sitting right by its shore, or the Lagoa do Fogo (Fire Lagoon – the second largest and the highest lagoon in the Azores), are mandatory destinations on a list of what to do in São Miguel Island.

Looking for a memorable experience? Then go straight to Ponta da Ferraria, in the parish of Ginetes, for a dip in a pool naturally carved in the rocks by the ocean, filled with heated water that comes from 2 volcanic thermal springs. If you don’t want to be pushed around by the waves that fill up the pool, you have to hold on to the ropes tied to each side. Ponta da Ferraria is very popular among people looking for the alleged therapeutic benefits of its thermal waters.

4. Visit the islet of Vila Franca

Vila Franca do Campo, once the capital of São Miguel Island, is a peaceful city with a rich cultural and historical heritage. This is where you can admire and visit the Vila Franca Islet, a natural reserve located about 1 km from the coast, in the crater of an extinct volcano.

It has been the annual stage for the Red Bull Cliff Diving World Series since 2012, which has greatly contributed to the islet’s popularity. It is nowadays one of the biggest tourist spots on the island and can be visited from June to September from the Tagarete Dock. 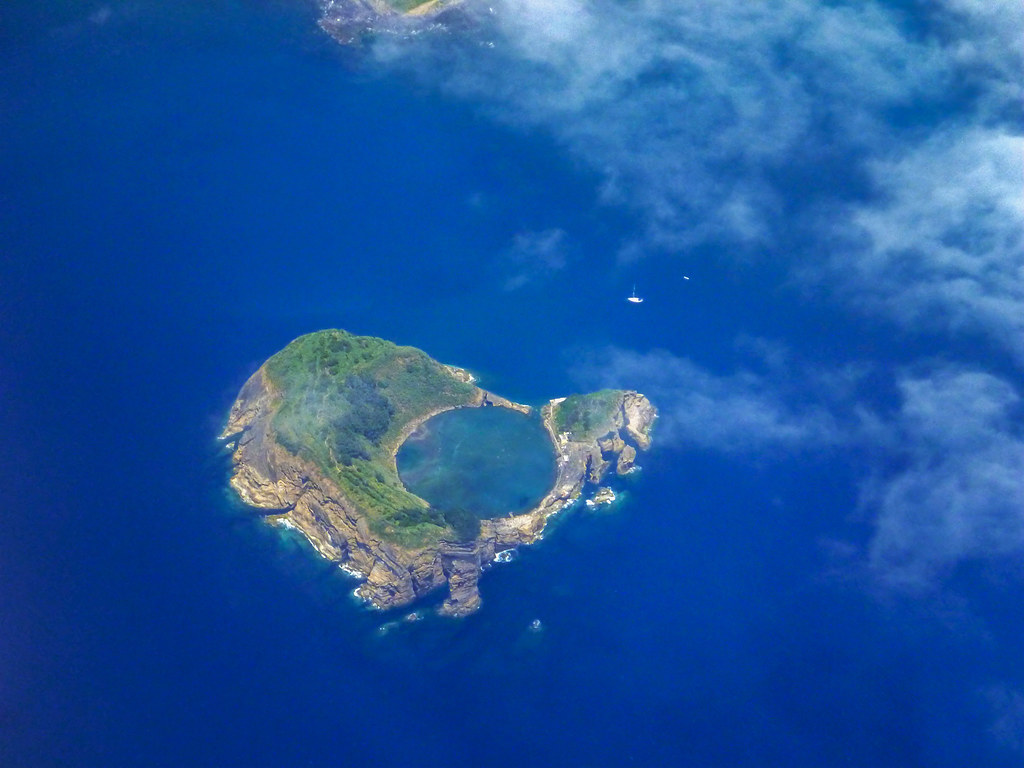 The Ribeira dos Caldeirões Natural Park is one of the places that certainly deserves to be included in a list of what to do in São Miguel Island. This protected area features a waterfall, several water mills (one of them houses an ethnographic museum), old miller houses transformed into handicraft shops and tourist accommodations, a picnic area, a cafe and a children’s playground. It’s located in the parish of Achada, in the municipality of Nordeste.

6. Relax in the hot waters of Poça da Dona Beija

7. Visit the parish of Furnas

The Furnas parish is not only the home of Poça Dona Beija, but it is also where you can admire a particularly interesting construction called Casa Invertida (“the inverted house”), which alludes to the constant movements of the island. The house is actually just a powerhouse for the electrical company, but it’s still an interesting sight to see. Don’t leave Furnas without getting some freshly baked cakes at Rosa Quental and some local cheeses at Queijaria Furnense.

8. Buy some of the finest green tea at Gorreana Tea Factory

Located in the parish of Maia, municipality of Ribeira Grande, the Gorreana Tea Factory is one of those mandatory places to include in a list of what to do in São Miguel island (if you’re into tea, of course). Gorreana teas have been around since 1883 and are now considered one of the best teas in the world.

In the factory, you can admire the original 1840 machines that are still in operation these days, taste and buy the Gorreana teas and enjoy the view of the magnificent contrast of the intense green shades of the tea plantation and the deep blue of the Atlantic Ocean.

With 12.5 hectares and over 200 years old, the Terra Nostra Park is one of the most visited places on São Miguel island. It was initially built in 1780 and, after a period of neglect during the 20th century, acquired by the Terra Nostra Society, which built the Terra Nostra Garden Hotel, and expanded it to its current dimensions. You’ll find a huge variety of flora there and a thermal water tank with temperatures between 35ºC and 45ºC where you can enjoy a warm relaxing dip.

The Caldeira Velha Natural Park is located on the northern slope of the Serra de Água de Pau, in the municipality of Ribeira Grande, near Lagoa do Fogo. After walking among dense vegetation, you’ll find a series of small pools filled with thermal water heated by volcanic activity. In some areas the water is too hot, but in others you’ll be able take a relaxing dip. You may also visit the Environmental Interpretation Center to understand a little bit more about the phenomena you witnessed there.

Caldeira Velha is open daily in the Summer from 9 am to 8:30 pm, in the winter from 9 am to 5 pm, and during the rest of the year from 10am to 6pm. The entrance ticket to the pools for adults is €5 and for children 7-14 is €2,5. If you need to a locker to store your belongings while you relax at the pools you can use one for €5.

11. Catch some waves at Santa Bárbara Beach, in Ribeira Grande

If you can’t go for too long without standing on an surfboard, then head out to Santa Bárbara beach, in Ribeira Grande, known as São Miguel’s surf capital, to get some Azorean waves. If you you’re still trying to get familiar with the whole surfing thing, you can always buy some surf lessons from Santa Barbara Surf School, located right there at the beach. The surf school also rents out some surfboards so no need to take your own and the beach is equipped with public showers and bathrooms.

After some improvement works back in 2006, the area now has the ideal conditions for some much deserved swimming in its calm natural waters.

The Monte Palace Hotel was the first 5-star hotel in the Azores. It ended up closing its doors only 19 months after its opening, in 1990. In 2011 the Hotel stopped being under surveillance and what was left of its contents was eventually stolen.

Nowadays it is nothing but a ghostly structure that still stands at the top of the Vista de Rei viewpoint, overlooking the Sete Cidades Lagoon. It is frequently visited by tourists who pass by and are attracted to its mysterious atmosphere.

Ok, I have to be honest about this: whenever I visit São Miguel island, not a day goes by that I don’t have some Lapas. I just love it. The limpets are grilled and then covered with a butter and garlic sauce that is absolutely delicious. The only thing is: you’ll only be able to find them from June to September. Try the Bar Caloura restaurant, located at Água de Pau parish, where you can have some lapas along with a cold beer or glass of wine, while admiring an amazing sea view.

A long time has passed since whale hunting was banned. Nowadays the only close encounters human have with this amazing species involve mere curiosity and fascination. The Azores are definitely one of the best places in the world to watch whales and dolphins in their natural habitat, as it should always be.

There are plenty of tour companies in São Miguel island that can take you on a whale watching adventure but, unfortunately, not all of them are as ethical as they should be, sometimes chasing the animals aggressively with their boats in order to get the best views. I did my tour with an amazing tour company called Futurismo, which respects the animals while at the same time providing an excellent service for their clients.

So this is it for this list of what to do in São Miguel island. I truly hope you enjoy your trip to the fullest. I’m sure you’ll be going back for more!

✪ Car Rental:
For car rentals, I always use Rentalcars.com 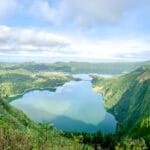 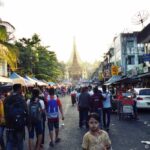 What to do in Pico Island, Azores

Any cookies that may not be particularly necessary for the website to function and is used specifically to collect user personal data via analytics, ads, other embedded contents are termed as non-necessary cookies. It is mandatory to procure user consent prior to running these cookies on your website.