Discovering a new destination or place in our own country, through an international publication is always something that makes me morally embarrassed, especially when it comes to a project as interesting as the Cerdeira Home for Creativity, which I discovered through an article published in the The Guardian.

The Serra da Lousã (Lousã mountain range) had been on my wishlist for some time now. Lately, photos of its lush green landscapes and shale villages flooded my social feeds. It was time to see for myself if its was all people claimed to be. When weekend came Ieft Lisbon towards the small village of Cerdeira, lost in the middle of the Serra da Lousã. Joined by a friend, and clearly influenced by the prospect of spending 2 unique days in the midst of this wild nature in central Portugal, the journey of about 170kms went faster than I thought it would. The last stretch of the road, a particularly narrow one made of sharp curves, where whenever a car came in the opposite direction, a trickle of sweat dripped down my forehead without warning, only created more expectations of what I would find when we finally reached the village.

We got there late in the afternoon, when the little light and the fog that meanwhile had fallen over the mountain blurred our vision. Despite of it, the authentic atmosphere of a shale village lost in the middle of the forest was evident. Each step towards the reception revealed a place that in everything seemed to be special. On the way there we passed several small shale houses, nestled on top of each other on the hillside.

Ours was called Casa do Sol (Sun house), name given for being the first one to receive the sunlight in the morning. Its interior revealed a space divided in 2 floors with a decoration based on natural materials, such as the wood that the stairs and furniture were made of, and the clay and straw that made up the walls (all regional materials coming from local suppliers), providing a better thermal isolation.

Details such as the small miniature doors carved by Portuguese artist João Gomes and scattered through the walls of the house, the small and cozy balcony on the top floor and the view over the mountains when taking a shower in the morning, make you sure of being in a really special place. No TV or wifi, and only mobile reception from Vodafone, thanks to the recently placed antenna nearby. Here the goal is to connect with ourselves, others and nature.

Not eager to getting back in the car to look for a restaurant in the nearby villages or in Lousã (the closest town), we decided to stay for a snack in the village cafe, where a few minutes ago we had checked in and tasted a chestnut cake and a fresh homemade pumpkin and nuts jam. The menu: a cheese board accompanied by regional bread, two different types of preserves and a bottle of wine that suddenly turned into two. This is what happens when the conversation flows in a welcoming and unobtrusive environment.

The next day, with daylight illuminating the village, I got a more precise idea of what was surrounding me. The Cerdeira Home for Creativity is a project that originated in the passion of a German couple, sculptor Kerstin Thomas and her husband Bernard Langer, about 30 years ago, for an abandoned village in the middle of the Lousã mountains. They were joined shortly thereafter by a couple of Portuguese friends, Natália and José Serra, whom they had known some years before in Coimbra. What started out as the refurbishment of the house they chose to live in, eventually turned into a renewal project for practically the whole village, which would lead to the official opening of the Cerdeira Village accommodation in 2012, fully based on traditional and sustainable materials and techniques.

The project is based on a concept of artistic sharing. The tranquility, magnificent views and almost total lack of mobile network (depending on the network) and wi-fi (only available in the village cafe), makes Cerdeira the ideal place to share knowledge and inspiration amongst artists of various arts and crafts. Whether staying in individual houses or in a shared one (a 12-bed dormitory), it is possible to give wings to any artistic inclination, exchanging experiences with artists from all over the world. There are several workshops and master classes taking place regularly or by appointment, in areas so diverse as sculpture, pottery, wool felting or even the construction of miniature shale houses.

Every year, in June, the Festival Elementos à Solta – Art Meets Nature is held here, consisting of exhibitions, music, food, lectures and art workshops. The festival takes place since 2006, before the opening of the accommodation. In the village there is also a very special smoke-free furnace, designed for the production of ceramics,  and built under the direction of the Japanese master potter Sensei Masakazu Kusakabe, by several Portuguese potters.

I didn’t get to do a workshop or any creative experience unfortunately, but I took the opportunity, following breakfast served at the village’s cafe, to walk along one of the many trails that run from Cerdeira, through the middle of the forest. There is nothing that compares to the sensation of discovering wild natural territory, of going through a path that, although it with a determined destiny, reveals itself as a constant surprise until the end. The autumn colors  decorating the trees, the light fog that obscured the view, the noises of the forest … a truly unique experience.

The trail we chose took us along a route of almost 3km to Candal, one of the several shale villages in the region. A weekend goes by so fast in the Lousã mountains: between visiting the several local charming shale villages, tasting delicious food in the local restaurants and the walking the trails that take us for walks of hours in the middle of nature, there is no shortage of what to do and, frankly, you don’t even notice the absence of wi-fi or mobile data. This is a return to a simpler, more authentic, healthier lifestyle. An escape that should be almost mandatory for those who live submerged in urban life, addicted to social media and completely disconnected from what surrounds them.

I’m will be back, that’s for sure. But next time with I’ll take some sun along with me. 😉 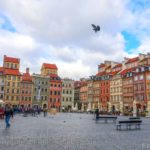 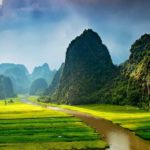